than another classical singer

Tomasz Raff is a freelance classical singer based in Gdynia (Poland).

From 2022/23 he works as a PhD candidate in “S. Moniuszko” Music Academy in Gdańsk (Poland) promoting Mieczysław Weinberg as a polish song composer

In 2018/19 he world-premiered all the polish songs for bass and piano written by one of the most significant polish-jewish composers of the XXth century, Mieczysław Weinberg. He also inspired the production and performed in an experimental musical poem „M. Weinberg. Epitaph”, which was staged at Polin Music Festival 2019. no matter what the others say

His musical education has started at the „Elsner” Music School (2007, Andrzej-Kamil Drabik). During studies in Germany (Universität der Künste Berlin, 2012, Prof. KS Peter Maus) and Poland (F. Chopin University of Music, 2013, Prof. Jerzy Knetig) he has already performed in many opera projects such as the Warsaw Premiere of B. Britten’s „The rape of Lucretia” as Collatinus which he also co-produced, P. Tschaikovsky’s „Iolanthe” in the double role of King Rene and Ebn Hakia. As a student he has also performed in La Traviata and Midsummernight’s Dream at Grand Theatre – National Opera Warsaw.

His stage debut Tomasz Raff made in 2007 by performing as Uberto from G. Pergolesi’s „La serva padrona” at M25 venue in Warsaw.

As one of the founders of Non-Governmental Organisation „Fundacja o.to.ja”, he serves to introduce the classical music to people not being accustomed to listen to this genre. By using crowdfunding financing methods he manages to regularly organise oratorio concerts (mainly Haendel’s Messiah and Bach’s
St. John’s and St. Matthew Passion).

By doing so „o.to.ja foundation” has implemented a new trend and inspired musical society in Warsaw and the whole Poland. 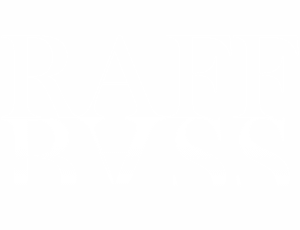 Contact me
We use cookies on our website to give you the most relevant experience by remembering your preferences and repeat visits. By clicking “Accept All”, you consent to the use of ALL the cookies. However, you may visit "Cookie Settings" to provide a controlled consent.
Cookie SettingsAccept All
Manage consent

This website uses cookies to improve your experience while you navigate through the website. Out of these, the cookies that are categorized as necessary are stored on your browser as they are essential for the working of basic functionalities of the website. We also use third-party cookies that help us analyze and understand how you use this website. These cookies will be stored in your browser only with your consent. You also have the option to opt-out of these cookies. But opting out of some of these cookies may affect your browsing experience.
Necessary Always Enabled
Necessary cookies are absolutely essential for the website to function properly. These cookies ensure basic functionalities and security features of the website, anonymously.
Functional
Functional cookies help to perform certain functionalities like sharing the content of the website on social media platforms, collect feedbacks, and other third-party features.
Performance
Performance cookies are used to understand and analyze the key performance indexes of the website which helps in delivering a better user experience for the visitors.
Analytics
Analytical cookies are used to understand how visitors interact with the website. These cookies help provide information on metrics the number of visitors, bounce rate, traffic source, etc.
Advertisement
Advertisement cookies are used to provide visitors with relevant ads and marketing campaigns. These cookies track visitors across websites and collect information to provide customized ads.
Others
Other uncategorized cookies are those that are being analyzed and have not been classified into a category as yet.
SAVE & ACCEPT
{{list.tracks[currentTrack].track_title}}
{{list.tracks[currentTrack].album_title}}
{{classes.skipBackward}}
{{classes.skipForward}}
{{this.mediaPlayer.getPlaybackRate()}}X
{{ currentTime }}
{{ totalTime }}